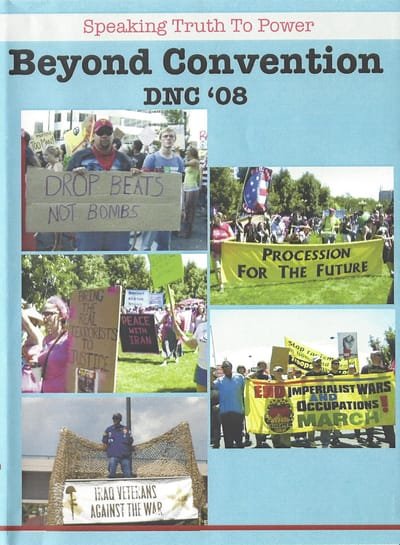 Speaking Truth to Power
Thousands of American citizens came to Denver, Colorado to protest the Democratic National Convention in August 2008. Marching under the banners of "End Imperialist Wars and Occupation", "Stop the Torture" and "Support GI Resistance" they were met with police attacks using tear gas and pepper spray. Prior to the convention, the city of Denver received $50 million from the Department of Homeland Security to weaponize its police department.
Produced by Joan Sekler. Co-Produced by Deena Steward. Edited by Paul Bernhardt and Chris Toussaint.