Now Available on YouTube for FREE
A modern day David and Goliath
struggle to save the middle class.
As millions of American workers are facing cuts in their pay, their pensions and their benefits, a group of unionized miners in the desert town of Boron, California said NO when their employer, Rio Tinto, a giant global mining corporation, tried to slash their wages and benefits. In retaliation for refusing to accept these cuts, Rio Tinto, locked these workers out of their jobs and hired replacements from around the U.S. But the miners and their families stood strong and organized a mass support system both in the U.S. and abroad. This documentary reveals what happened during a 4 month struggle between the workers and their employer.
Produced & Directed by Joan Sekler 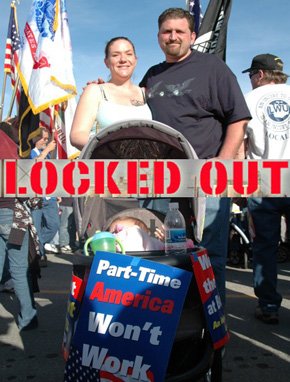 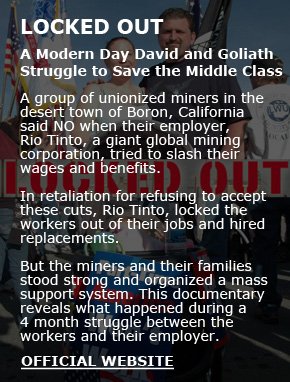